Is Gum Disease Putting The Rest Of Your Body At Risk?

Gum disease is a major nuisance, but some people don't believe that it's anything more than that. The sad reality is, gum disease can put your entire life at risk if you don't know what you're doing in taking care of it. Without help from a dentist and proper care at home, this is what you could be facing someday in your future.

The first thing you need to know is that scientists and doctors believe that the bacteria responsible for gum disease can get into the bloodstream. This is where the trouble for all of these problems begin.

One of the things that these bacteria can potentially target is the brain. It's believed that there may be a link between gum disease and dementia not only because these bacteria have been found in the brain, but because the dental plaque has, too. It bears a similarity to the type of plaque that develops on the brain with Alzheimer's, which has doctors particularly concerned.

Gum disease bacteria can also wreak havoc on your organs. In the short-term, you're unlikely to experience any problems. However, in the long-term, it can be a big issue.

Bacteria don't just ride your bloodstream harmlessly, doing nothing the entire time. They're constantly attacking nearby cells wherever they go, including the organs. The organs are a bigger problem because organs like the kidneys are responsible for processing toxins, which means filtering through the blood. As the blood cycles through repeatedly, the organs get hit with the same bacteria over and over again, which can cause cellular damage to the walls of the organs. In enough time, this can turn into scar tissue which can increase the risk of developing organ failure.

If the bacteria attack the places they stop by while in the blood supply, then they definitely have an impact on the cardiovascular system, too. The heart and lungs both receive large volumes of blood in order to function. On top of that, the plaque that the bacteria produce as a byproduct bears a strong similarity to the plaque found in arteries, which can produce blockages. The chronic attack on the walls of the arteries can also lead to inflammation and swelling, which can further increase the risk of a blockage.

The obvious thing here is that you need to see a dentist if you have gum disease or even suspect that you have gum disease. Only dentists can reverse advanced gum disease by scaling away tartar and removing pockets of infection. Don't try to fix the problem yourself; get professional help and then make a plan to take better care of your gums moving forward. 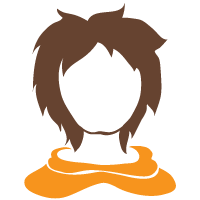